On the streets of Wuhan, there is no sign of its 11 million inhabitants. The roads are empty – no people, no cars, no dogs. A ghost-town in quarantine lock-down.

Inside Wuhan’s homes, workers, parents and school children bide their time, waiting for the crisis to pass, clinging to some semblance of normal where they can. An exchange of messages through an online chat this week raised a wry smile in the neighbourhood.
“People on the 19th floor, please don’t skip, because our kids are having online lessons.”
The response: “Sorry, we’re having PE lessons at our home.”

It’s hard to imagine the claustraphobia of being contained for so long, with no end in sight. And it’s not just people who are going stir-crazy. Dogs are also incarcerated, denied even the briefest walk. In fact, the collateral damage to companion animals not just in Wuhan, but also across China is a stark indicator of how fear can trigger irrational and violent behaviour. Despite scientific evidence from WHO and WSAVA showing that dogs or cats cannot carry the human strain of Coronavirus, there have been isolated incidents of pets being brutally and very publically exterminated. In response, there has been a public outcry from China’s public. The brutal killings have not just been condemned by pet owners but also by whole neighbourhoods of people who simply do not want to live alongside others capable of such extreme violence.

Despite the huge challenges Wuhan faces ahead, this is a place with a recent history of improvement, with individuals and organisations whose pride in their city has inspired them to promote change for good.

One such indvidual is Du Fan, President of the Wuhan Small Animal Protection Association, who has been helping stray animals in the city for more than ten years. In response to the current emergency, Du Fan and his team have brought food and water to hundreds of animals left locked up at home alone, while their owners have been unable to return due to restrictions on movement. 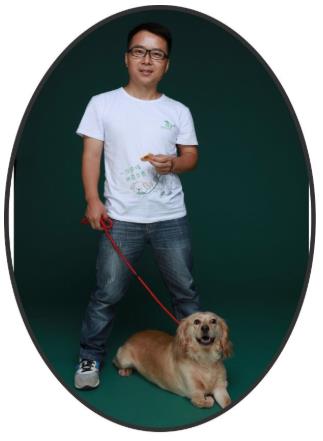 Before Coronavirus, Du Fan was already a seasoned advocate for animals. Five years ago he began working with ACTAsia to introduce Caring for Life Education into several kindergartens in Wuhan, with support from university volunteers. Since then, his organisation has been working with ACTAsia to deliver CFL training workshops to student teachers, hundreds of whom have qualified as CFL educators over the past few years. All of the teachers come from the Wuhan Small Animal Protection Association University Volunteer Alliance. In 2018, Du Fan himself was awarded Caring for Life Best Influencer at ACTAsia’s award ceremony, an accolade he has truly surpassed over the past weeks.

The positive work in Wuhan by its inhabitants extends beyond promoting awareness of the needs of companion animals. Back in 2010 until 2014, ACTAsia organised an annual Fur-Free China bike ride parade in Wuhan, together with Wuhan University Students and several local animal protection groups and a total of 19 groups from across China (pictured at the start of this article). The public spectacle for five years running garnered useful media attention to raise the profile of Fur-Free living, offering education on the truth behind fashionable animal fur.

Wuhan’s Du Fan also supported an ad campaign in 2016, organised by ACTAsia in Beijing to show support for animal protection laws. A total of 37 billboards were placed at two major subway stations in Bejing, reaching huge crowds of commuters.

This summer, together with our partners Vets for Compassion (VFC), ACTAsia had planned a major veterinary training event in Wuhan. We also had CFL teaching training and events for children scheduled, but due to circumstances, all events have been postponed.

Wuhan is a city we have come to love, for its determination and resilience, and for our friends there – the teachers, veterinarians, influencers, general public and children who welcome us with open arms and are always so willing to learn how to care for life.