How you can protect the environment by eating better. 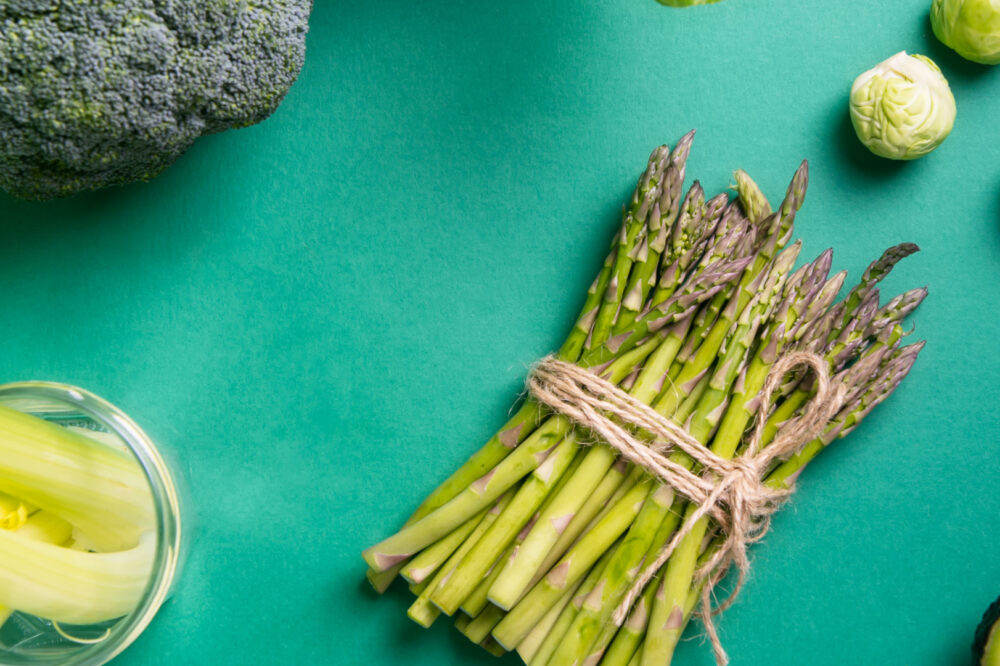 One of the most ‘on trend’ resolutions worldwide has its own catchphrase, dedicated website and millions of followers. Now that we are in February, we can reflect on the promises we made to ourselves at the start of the year…. resolutions to eat better, work out more, do more voluntary work, call your family more often…..you know the ones.  But how many of us actually committed to making positive changes, and, more importantly, how many people stuck to them?

One of the big promises that people make to themselves is to go vegan in January.  In 2014 the term “Veganuary” was invented by a UK non-profit organisation encouraging people to follow a vegan lifestyle for the month of January, and the number of people signing up for this challenge has been growing significantly every year.

The challenging past for vegans

In the past, I often found that searching for plant-based food – meat and seafood alternatives – and dairy-free products in supermarkets was challenging. These products were either not clearly labelled or easy to locate. I sometimes felt that doing my weekly shopping was like going to a library where I had to search for products and read the ingredients list to ensure that the products were animal and dairy-free. However, in the last few years, especially after the pandemic and greater awareness surrounding global warming, being a vegan has become much more manageable and accessible. Efforts made by animal groups are finally being heard and responded to by the media, policymakers, businesses, and other non-animal NGOs.

Many supermarkets in western Europe and North America now have special counters offering good value plant-based food, plant-based protein products, vegan cakes and desserts, vegan drinks, and many alternative dairy free milk options. I believe that plant-based food choices should not break the bank and it should definitely not become a luxurious middle-class lifestyle choice.

So why do people want to ‘go vegan’? Is it just ‘posh’ vegetarianism?

But there are other more ‘meaty’ reasons to embrace a vegan diet. As explained by the Vegan Society, these are the key factors as to why going vegan is gaining in popularity worldwide. These reasons go hand in hand with ACTAsia’s vision which is: ‘To create a more compassionate world for animals, people, and the environment’.

Preventing the exploitation of animals is not the only reason for becoming vegan, but for many it remains the key factor in their decision to go vegan and stay vegan. Having emotional attachments with animals may form part of that reason, while many believe that all sentient creatures have a right to life and freedom. Avoiding animal products is one of the most obvious ways you can take a stand against animal cruelty and animal exploitation. The BBC’s recent Panorama programme “A Cow’s Life: The True Cost of Milk?” investigated the dairy industry to find out whether animal welfare is being compromised in the drive to keep milk prices low. It showed the reality of dairy farming and raised awareness surrounding the true cost behind milk production.

Plant-based diet is a more sustainable way of feeding the human family and it requires only one third of the land needed to support a meat and dairy diet. With rising global food and water insecurity, due to a myriad of environmental and socio-economic problems, there’s never been a better time to adopt a more sustainable way of living. Avoiding animal products is not just one of the simplest ways an individual can reduce the strain on food as well as other resources, it’s also the simplest way to take a stand against inefficient food systems which disproportionately affect the poorest people all over the world.

To protect the environment

One of the most effective things an individual can do to lower their carbon footprint is to avoid animal products. The production of meat and other animal products places a heavy burden on the environment – from the production of crops and use of water required to feed the animals, to the transport and other processes involved from farm to fork. The vast amount of grain feed required for meat production is a significant contributor to deforestation, habitat loss and species extinction. In Brazil alone, the equivalent of 5.6 million acres of land is used to grow soya beans for animals in Europe. This land contributes to developing world malnutrition by driving impoverished populations to grow cash crops for animal feed, rather than food for themselves.

ACTAsia is passionate about promoting good food choices to Asian countries who are typically large meat consumers. In 1961 meat consumption in Asia was 5.33kg per person/per year but in 2017 consumption increased to 32.55kgs. This is an increase of 27.22kg per person which is a 5-fold (511%) increase over 56 years. This compares to the United States at a 46% increase and the UK at a 15% increase. Such heavy meat consumption is risking the health of animals, people and the environment. ACTAsia’s encourages consumers to consider their dietary impact as part of our Compassionate Choices Network (CCN). The CCN has four Asian member groups – Animal Rights Centre Japan, The Good Food Fund in China, SHARAN India and Song Thuan Chay Vietnam– and together these groups are focused on promoting plant-based diets. Our aim is to encourage more Asian leaders to find their own suitable messages and methods to inspire more Asian people to choose a plant-based diet for the period of a month, with the goal of adopting this diet as a lifestyle choice. ACTAsia, together with our network members, wants to create a long-lasting change for Asia.

Meat consumption has been increasing and especially in China. The country consumes around 28% of the world’s meat, including half of its pork. The average Chinese person now eats 63kg of meat a year, with a further 30kg of meat per person expected to be added by 2030, if nothing is done to disrupt this trend. Following these worrying statistics, I am so pleased to see that The Chinese government has been making steps towards addressing this vast meat consumption in their 5-year agriculture plan which was recently unveiled.

The plan, jointly issued by six departments including the Ministry of Agriculture and Rural Affairs, identified resource protection, pollution control, restoration of agricultural ecology and the development of a low-carbon agricultural industrial chain as the key tasks for the 14th Five-Year Plan period (2021-2025).

For the first time, China has included cultivated meats and other “future foods” like plant-based eggs as part of its blueprint for food security going forward. Grown from animal stem cells in a bioreactor and nourished on a nutrient broth, cultivated meats are a relatively new technology that promises to revolutionise traditional animal agriculture by replacing slaughterhouses with laboratories. This brave and exciting plan will hopefully address the alarming meat consumption statistics in Asia and offer viable meat-free alternatives.

Does the Veganuary movement sway many to change their dietary habits for the greater good of the planet and their health?

According to a survey conducted by statista.com and Veganuary, of the people who took part in Veganuary worldwide in 2021, approximately 40 percent of respondents intended to continue eating a vegan diet after Veganuary, compared to around 10 percent who do not intend to do so. It also found that 85 percent of participants plan to stay vegan or at least halve their intake of animal products after January.

Well-planned vegan diets follow healthy eating guidelines, and contain all the nutrients that our bodies need. Both the British Dietetic Association and the American Academy of Nutrition and Dietetics recognise that they are suitable for every age and stage of life. Some research has linked vegan diets with lower blood pressure and cholesterol, and lower rates of heart disease, type 2 diabetes and some types of cancer. Getting your nutrients from plant foods allows more room in your diet for health-promoting options like whole grains, fruit, nuts, seeds and vegetables, which are packed full of beneficial fibre, vitamins and minerals.

These are encouraging statistics and information. I hope that people who are thinking about adopting a vegan lifestyle won’t wait for next January and the surrounding hype of Veganuary. Instead, I hope that they will start to embrace their new dietary lifestyle now, safe in the knowledge that they are literally saving the planet and protecting animas, people and the environment.

This could not be achieved without your help

Such incredible progress in educating children, consumers and professionals could not be achieved without the amazing generosity of our supporters who not only support us financially but who also support us in our drive to get ACTAsia’s tremendous work recognised and implemented. We hope that this recognition will offer even greater exposure for ACTAsia on a global platform extending our work and reach.