Sign our petition for a complete and permanent ban on commercial wildlife breeding, markets and trade 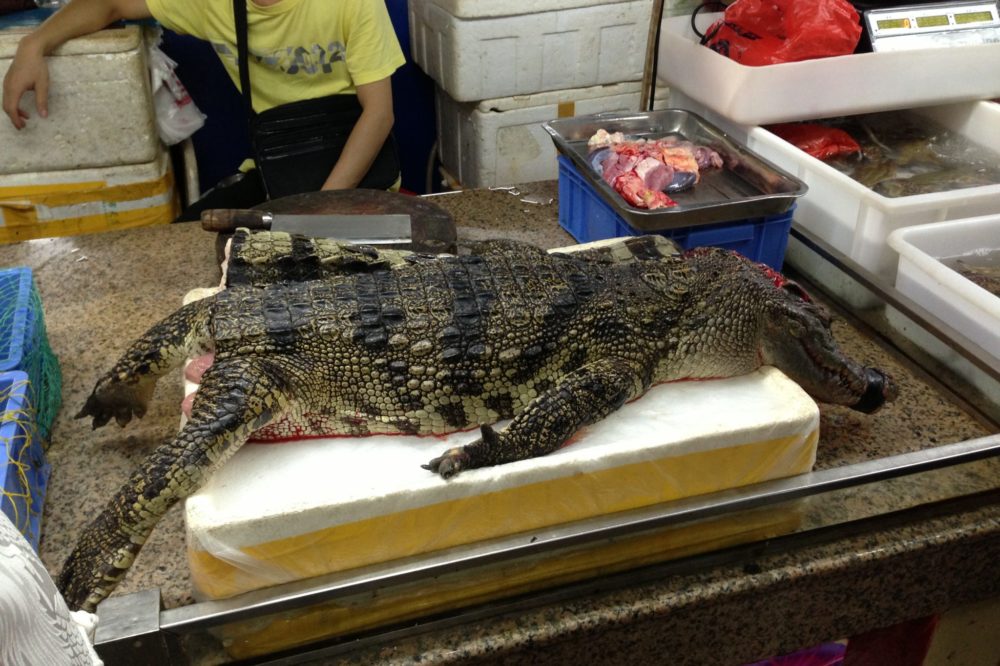 *UPDATE*
28 February 2020
Since publication, on 24 February the Standing Committee of China’s National People’s Congress issued a ban on eating wild animals, but there is a serious loophole in the law.

Under the State Forestry Administration, permission remains for a list of 54 wildlife species to be captively bred for commercial purposes, including fur, Traditional Chinese Medicine, other derivative products and entertainment use. From this list of 54 speices, many have been removed from the category of ‘wildlife’ and listed as ‘livestock’. Some of the 54 species listed will not benefit from Monday’s new ban.

We will continue to pressure China to issue a full and permanant ban on the captive breeding and use of wildlife for any purpose.

Your signatures in support of a complete ban on the breeding and use of wildlife remain critical to our campaign.

We applaud the Chinese Government’s swift response to the Coronavirus outbreak, with healthcare facilities provided and precautionary measures put into place to protect humans and care for the population. At this crucial time, the Government has also announced an emergency review of the existing wildlife legislation. The law was created in 1989 and amended recently, in 2018. Therefore, the announcement to review again, now, is an unprecedented move by the National People’s Congress (NPC). ACTAsia is taking this opportunity to gather support for change and help steer it, to ensure that the results positively impact as many animals as possible.

ACTAsia is using this opportunity to educate the public in China on what the impact of the wildlife trade is and what the repercussions of its consumption have been. We are collaborating with legislative professionals and the China Biodiversity Conservation & Green Development Foundation, and mobilising people within China, to ensure that the process and outcomes of this upcoming emergency amendment are more than just a permanent ban on the wildlife markets. We believe that this would only partially solve the problems at hand, as millions of wild animals are still kept in captive breeding farms for commercial purposes and this would pose further risks to human health, damage to the environment and poor animal welfare.

ACTAsia is in it for the long haul and for the maximum impact to benefit as many animals as possible. There will be many twists and turns as this issue is discussed but we will ensure your voice is represented within the forums and that animals, humans and the environment are considered at every step.

DONATE to support our petition

You can help our petition gain more support by donating to our education campaign. Thank you for your help