1st April was a momentous day in Guangdong Province, when the City of Shenzhen passed a law to ban eating dogs, cats and select additional species, but left hundreds of other wild and domestic animals on the menu. 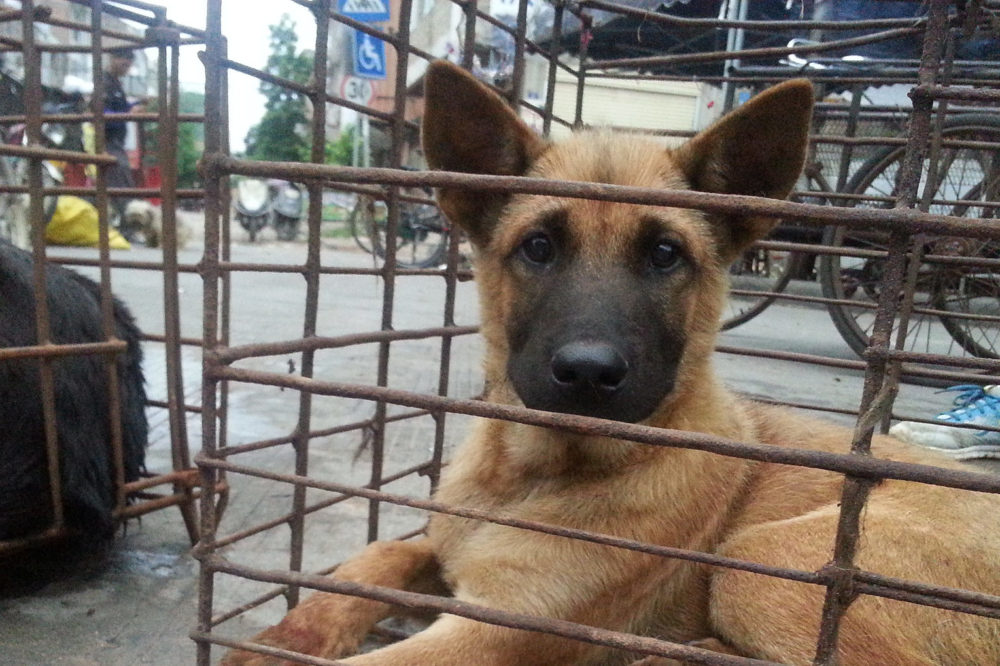 The law was passed by the People’s Representative Government of Shenzhen ‘based on the NPC Standing Committee’s Decisions passed on 24 February, including a total ban on the illegal wildlife trade, to abolish the over-consumption of wild animals, and securely protect public health and safety.’

Although there is a disappointing ambiguity around the law ‘abolishing the over-consumption of wild animals’ as food, there is also a significant victory for companion animals.

Dogs and cats have traditionally been widely eaten in Guangdong Province, alongside Guangxi Province of Yulin infamy. Between the two provinces, tens of thousands of dogs are killed and eaten each year to celebrate the summer solstice, and are eaten as well as cats at other times throughout the year. By setting itself apart from this internationally maligned practice, the city of Shenzhen hopes to be regarded as progressive in its shift of culture and outlook.

Shenzhen has pointed to the special relationship between people and pets as the underlying reason for this new law, and has issued a statement calling it the ‘consensus of all human civilisation’. The local government claims it will have the power to close restaurants or outlets serving or trading in dogs or cats for meat, and issue fines where appropriate.

Although dogs and cats win some geographical protection from China’s meat markets and restaurants, other species are not so lucky. The twists and turns in the law create so many permutations around definitions and categorisation of species and uses, that even legislators in China have been left asking for clarification on what is now legal and what is illegal.

It is clear that the law does not apply to ten species, listed on a ‘white list’ by the authorities, which can still be eaten: pigs, cows, goats/sheep, donkeys, rabbits, chickens, ducks, geese, pigeons or quails, as well as any aquatic animals which can currently be legally consumed What is less clear is which other unfortunate species will join the ten ‘edible’ animals plus aquatic species. Currently, the new law states that animals listed as livestock which are considered to be edible by the government, can still be eaten. This uncertainty begs many questions such as: can deer be eaten, or used only for Traditional Chinese Medicine? Can fox and mink be eaten, as well as bred for fur? 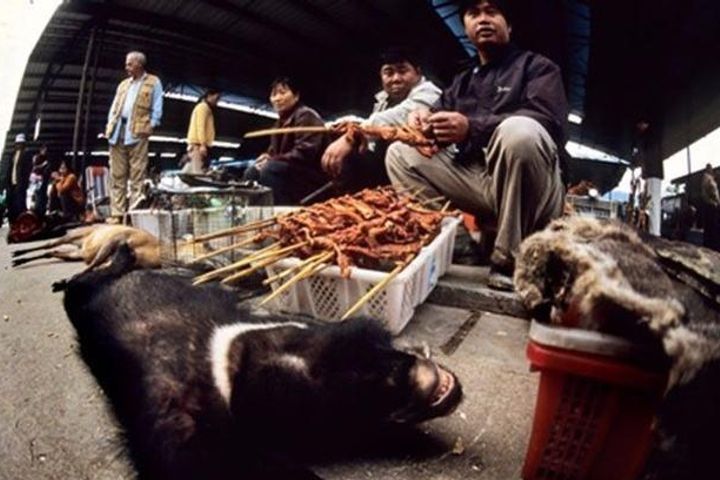 Some species of wildlife can still be eaten under the new law, but it’s unclear which.

Clearer guidance is expected soon from the Ministry of Agriculture to clarify the use of individual species in its Genetic National Livestock and Poultry Genetic Resources Catalogue.

The recent decisions made by the Standing Committee of the Chinese National People’s Congress on 24 February only touch no.1 on the list – food. And even then, decisions only cover wild animals not listed as captive-bred livestock. Following news of the apparent ban, ACTAsia submitted its recommendations for a complete ban on all farming and trading in wildlife for all purposes in China.

Shenzhen is one of China’s proud success stories of exponential urban growth. Just 30 years ago, the city was a mere fishing village. Today, it houses around 15 million residents, almost double the size of New York City. It’s often described as China’s Silicon Valley, with a reputation for its tech industry, and is home of digital giant Tencent. It’s a city that rivals Shanghai, Beijing and Hong Kong for size and wealth, and is the subject of a government policy to support its success.

Shenzhen is a 1st tier city in China, with a population of more than 15 million. Photo © Yongnian Gui | Dreamstime.com

ACTAsia works through humane education to combat the commercial exploitation of all animals, whether companion animals, wildlife, or species considered to be ‘livestock’. It also promotes a ban on the intensive farming and trading in all species of live animals for meat, and all wild animals for any purpose.

“This is a Red Letter day for dogs, cats and pet lovers,” said ACTAsia CEO Pei Su, “But we hope this progressive city will not stop here. All eyes around the world are on Shenzhen, and this great opportunity to set a precedent for compassion in China.

“ACTAsia asks consumers of all ages to live a more compassionate lifestyle and lessen their impact on the planet and all the species we share it with. This includes all exploitative practices and all species. We hope this is the starting point for the wider banishment of eating dogs and cats across China, as well as a comprehensive ban on all aspects of the wildlife trade. We look forward to seeing Shenzhen enforce this new law.”

For more information on China’s nationwide ban on eating wildlife, see our Q&A.