Dogs are hitting the headlines in South Korea this week – and for the right reasons. Long overdue and long campaigned for – it is hoped that a dog meat ban is now being given serious consideration. On Monday, South Korea’s President Moon Jae-in raised the possibility of banning the consumption of dog meat in the country. He was speaking during a meeting with the prime minister and questioned whether it was time to ‘prudently consider’ a ban. Moon made the remarks after being briefed by Prime Minister Kim Boo-kyum on efforts to improve the handling of abandoned animals and a mandatory registration system for all dogs in the country. 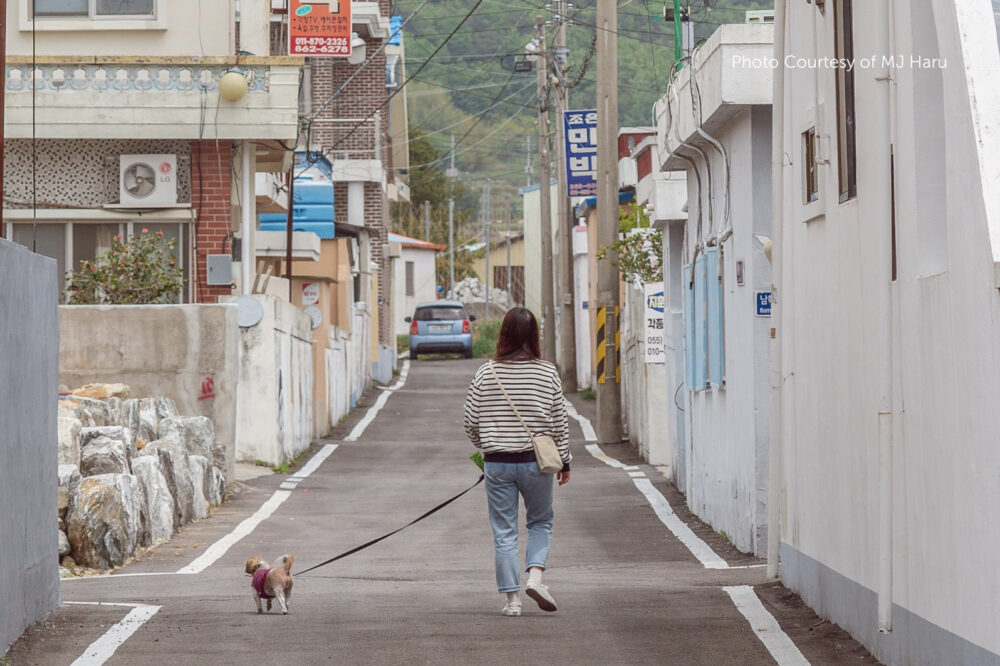 What is behind this shift change?

I have followed the dog meat consumption debate in South Korea for many decades, wondering when there would be a decisive moment that would finally turn sentiment in South Korea against this practice.

Indeed, the issue of dog meat has been a cause of controversy at many international sporting events held in the country, with older generations probably being able to recall the tremendous pressure that South Korea was under from protesters during the 1988 Olympic Games held in Seoul. Yet little changed following this international outcry and the subject continued to create great controversy at subsequent sporting events hosted in Korea such as the 2002 FIFA World Cup held in both Korea and Japan. Everyone, including local citizens, visitors, journalists, athletes and animal rights activities, voiced their stance on dog meat consumption.

However, even with the world’s eyes trained on South Korea at these global events and the pressure that the government was under to address the issue – they did not ban dog meat. So, what is behind this recent shift change that has led South Korea’s highest political leader to make this announcement this week? 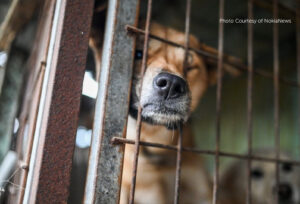 Despite the call for change, there has been a long history of dog meat consumption in South Korea. Dog meat soup or “Bosingtang” – a literal translation of ‘invigorating soup’ – is believed by some to hold therapeutic effects with high health and nutritional value, especially when consumed during the summertime. Many South Koreans have argued that the demand for dog meat has dwindled in recent years and is eaten mainly by older generations. Yet it is served in some restaurants and can be bought at specific markets. It is estimated that up to one million dogs are still slaughtered for food each year in South Korea. There is already a law in place banning the cruel slaughter of dogs and cats, but consumption itself has not been banned. Advocacy groups have long been urging South Korea to close down restaurants and markets selling dog meat.

Koreans asked their opinion on the debate

Clearly there is still demand for dog meat which has led to a number of recent polls being undertaken aiming to identify current demand across the population.  A poll commissioned by the non-profit organisation Aware, which was released this month, said 78% of respondents believed the production and sale of dog and cat meat should be prohibited and 49% supported a consumption ban. Conversely, another survey by polling firm Realmeter found people were divided over whether the government should ban the consumption of dog meat, though 59% supported legal restrictions on dog slaughter for human consumption.

I strongly believe that on the back of these polls, and in conjunction with the global negative sentiment towards dog meat, that the authorities should be required to hold a public consultation for a decisive response from the Korean public. 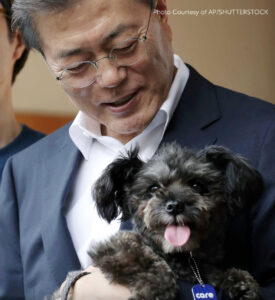 Is this a compassionate or political move?

It is my hope that years of campaigning (notably at global sporting events) and the recent poll results from the public, has led the South Korean politicians to not only finally understand the suffering behind dog meat consumption but also the confidence to make this announcement. In fact, it is the first time that the President has raised the prospect of a total ban despite much pressure from animal welfare campaigners over the years. The president (himself known to be a dog lover) has undoubtedly witnessed the gradual change in sentiment across South Korea which has encouraged him to raise the issue – confident that the majority of the public would embrace it. As they say, timing is everything, and with the presidential elections in South Korea looming, several presidential candidates have pledged to ban dog meat in a bid to boost their popularity. If this is also a political move, there is hope that the ban debate will engage voters and raise the profile of this inhumane practice to put an end to it once and for all.

Pet ownership or owning a companion animal is on the rise in South Korea and there has been a dramatic change in attitude towards owning animals. According to Statista, in 2020 dogs were the most popular type of companion animal among the approximately six million pet-owning households in South Korea. The pet industry is also growing and was worth an estimated 3.4 trillion South Korean won in 2020 and is expected to grow further to six trillion won by 2027.  With such growth, it is no surprise that politicians are now tabling the dog meat debate.

With an increasing number of South Korean families now owning pets and children growing up surrounded by animals in the home, they are learning that dogs have feelings and emotions and can experience pain – and are not merely objects. I strongly believe that understanding animals as sentient beings is a key driver behind this shift change.  In addition, increased efforts from animal welfare groups highlighting the cruel practice, has encouraged many South Korean celebrities to support the issue therefore reaching a far wider public audience.

I am delighted that by recognising animals as sentient beings it has sparked a change in legislation. The much-debated move to ban dog meat follows on from the recent news that South Korea is to grant legal status to animals to tackle abuse and abandonment. Animal abusers and those who abandon pets will soon face harsher punishment as South Korea plans to amend its civil code to grant animals legal status. The push for the amendment comes as the number of animal abuse cases increased to 914 in 2019 from 69 in 2010, according to data published by a lawmaker’s office. 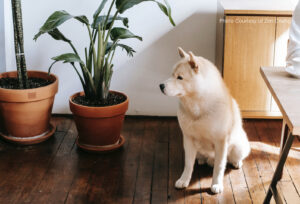 Social Media helping to promote dogs not for dinner cause

South Korean’s love social media. In a recent survey 85% of South Korean’s used social media far ahead of 70% in the USA and 67% in the UK.  With the rise of cute dog pictures and videos circulating on apps such as Instagram, Twitter and Facebook, South Koreans are now really engaging with their canine companions. It is hoped that education and the desire to see dogs as meaningful companions rather than a food source will be one more example of the growing compassionate sentiment towards sentient beings and therefore the answer to long term sustainable change in South Korea. 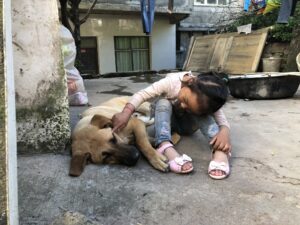 Education is the answer to ending dog meat consumption

So, what has been the driver to changing attitudes towards dogs and pet ownership? The answer lies in education. ACTAsia has been promoting animal sentience and helping to create compassionate societies through our Caring for Life education programme.  ACTAsia run an award-winning programme called Caring for Life Education for children (CFL), a unique six-year curriculum for all primary school years. It encompasses social welfare and citizenship, animal welfare and environmental issues and recognises the interdependence of all living things. By engaging children, consumers and professional through education and training programmes which promote animal welfare, the environment, social interaction and planet conservation, ACTAsia hopes to inspire a new generation of compassionate youths who will not cause harm to others and see animals as sentient beings.