An undercover ‘Beijing News’ whistleblower has recently uncovered a shocking truth about pork sales in a hypermarket chain RT-Mart in the Shandong province in eastern China. Pork – which was visually rotten and smelt awful – had been washed and put back on the shelves by workers to sell at a discount. 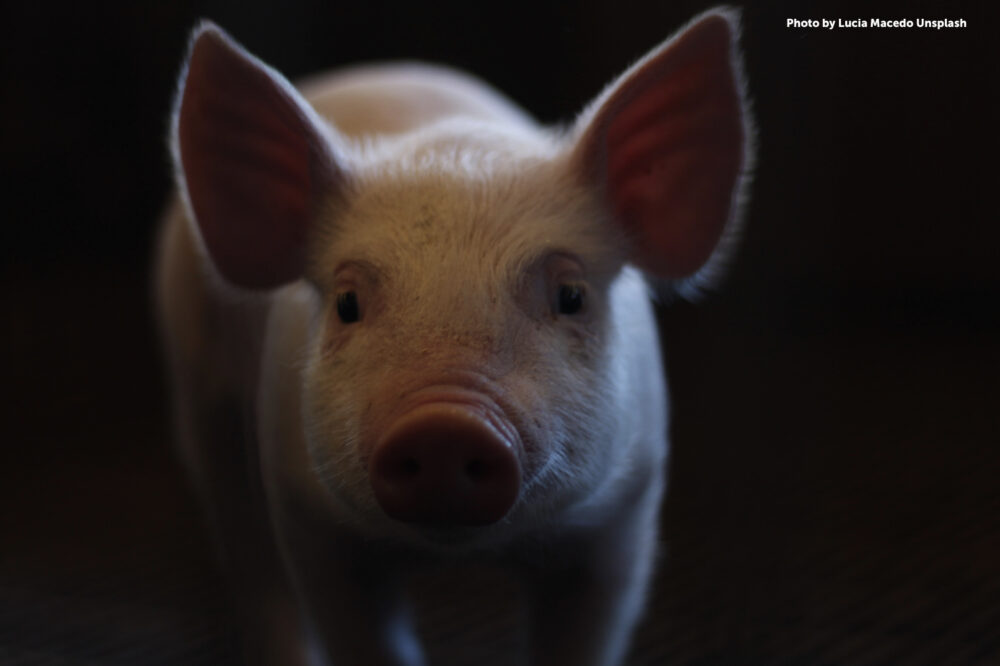 The fraud was such that any pork that looked rotten and smelt too strong to hide, would be minced, seasoned and repurposed as sausages. This latest spoiled food scandal follows a raft of recent food safety scandals. RT-Mart released a statement apologising for the findings and claims that strict regulations are in place and the facility had made immediate changes and the relevant staff were suspended.

However, this latest discovery is not wholly unsurprising following a litany of food scandals over the years – this is not the first time that the Chinese food industry has been cavalier with consumer health. Over the past decade ranging from the infamous melamine-spiked milk powder scandal in 2008 which killed several children and hospitalised tens of thousands of others to other scandals including poisonous meats, contaminated exported wheat protein and school food poisoning have caused public the deep concerns on food security issue.  Most Chinese people know the saying that ‘illness finds its way in by the mouth’ (bing cong kou ru), but with suppliers masking supposedly ‘fresh meat’ products in this way consumers are literally sitting ducks eating spoiled food sold by trusted supermarket giants. 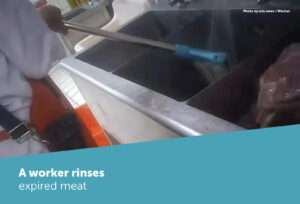 The demise in food safety is not only directly hitting Chinese nationals but also Chinese livestock. It was not that long ago that Swine Flu ravaged through the continent leading to the cull of millions of pigs in China and Vietnam. With China being home to almost half of the worlds pigs it had a dramatic impact on the world’s social and political system and, of course, its ecosystem. Factory farming in China on a giant scale is also impacting the food standards – and more importantly the welfare of millions of animals in China. 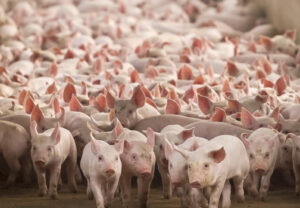 One of the most troubling environmental disadvantages to industrial agriculture and mass farming is its contributions to climate change. Globally, agriculture is one of the largest drivers of anthropogenic climate change, accounting for around 12% of total emissions, and nearly a quarter of greenhouse gas emissions. Industrial crop production hampers the ability of soil to act as a carbon sequester, ultimately turning it into a carbon emitter. Animal agriculture (most of which is raised intensively) accounts for large amounts of greenhouse gas emissions, including 37% of all methane emissions and 65% of nitrous oxide.

Beyond climatic concerns, intensive agriculture produces vast amounts of pollution. Some of the largest dairy farms in the United States can have more than 15,000 cows, producing more waste than can be used as fertilizer on surrounding fields, meaning that much of it collects in open waste lagoons. These pose serious pollution risks to ground and surface water, considering that a farm with only 200 cows can produce as much nitrogen as a community of up to 10,000 people. Runoff from such farms can cause algae blooms, which can devastate freshwater, brackish, and saltwater ecosystems. 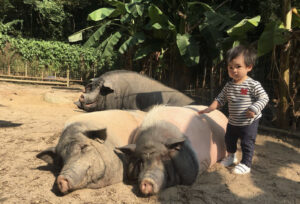 Improving food standards, controlling animal diseases and addressing industrial agriculture is pivotal to worldwide heath. With food standards continually being flouted in China it is maybe time for consumers to look for alternatives.  ACTAsia’s Consumer Education program promotes a ‘compassionate lifestyle’ encouraging consumers to act with their purchases by being kinder to animals and the environment and ultimately their own health. ACTAsia’s Consumer Education program raises awareness about the exploitation of people, animals and the environment by consumer industries, where mass production places the highest value on profits. It is not about just eating less but eating better to combat climate crisis and reduce animal suffering.  That’s why ACTAsia encourages consumers to practice ‘compassionate lifestyle’ as part of their daily routine by eating less meat or choosing plant-based diets. ACTAsia works with a variety of plant-based retailers to help give consumers greater access to compassionate food choices. We host plant-based gala dinners at high end restaurants in China to highlight that perceived ‘luxury’ food such as foie gras or red meat are no longer sustainable. ‘Luxury’ food choices should not be inherently cruel or environmentally unfriendly.

Traditional Mediterranean and Chinese diet can lead the way

ACTAsia is delighted to hear that for the fourth consecutive year, U.S. News & World Report has ranked the Mediterranean diet as the best diet overall topping a list of 35 different diets designed to promote a healthy lifestyle. The Mediterranean diet is largely plant based, encouraging consumers to load their plates with abundant fruit and vegetables and eating seasonally. Plant-based protein sources such as beans, nuts and seeds packed with protein and nutrients without adding cholesterol or saturated fat are major constituents of this diet. On the other hand, the traditional Chinese diet is low in fat, high in dietary fibre and plant material and contains no dairy products. Much of the diet is soy based and has been consumed for centuries in China.

Through your kind and generous support, ACTAsia have initiated Caring for Life Education programmes for gradual and sustainable change in Asian societies.  Please help us expand our network to even more societies by donating today.