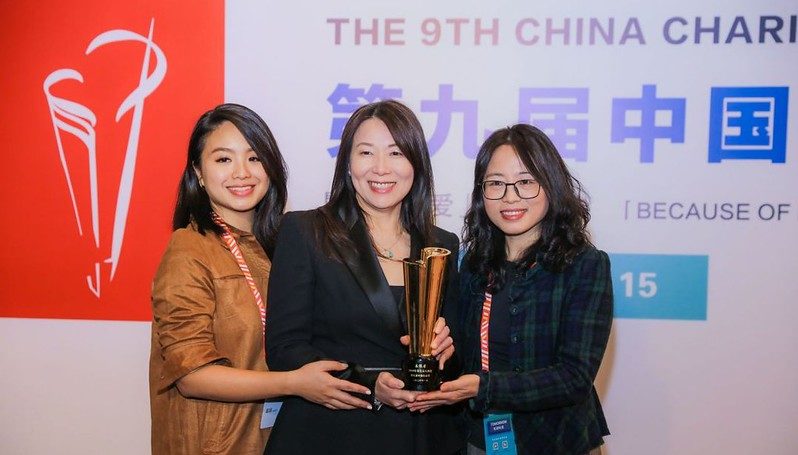 Since the annual event was launched in 2011, the China Charity Festival is the first festival to celebrate charity. It promotes the spirit of public welfare, advocates acts of charity and has built a platform for dialogue and cooperation between influential figures. The awards have attracted outstanding philanthropists, entrepreneurs, government officials, NGOs, academia, and leaders across media, culture and the arts.

This year’s event was held in January in Shanda, Beijing. Its theme was ‘Charity creates happiness’, and its spirit defined as ‘Because of Love’. Pei Su shared the stage with an impressive line-up of winners, invited to share their innovative ideas through talks and initiatives. The award was given for her efforts and influence through ACTAsia’s Caring for Life Education programme, which promotes the harmonious coexistence of people, animals and the environment. Pei was invited as guest speaker to a forum after the event, to join discussion around corporate social responsibility and participation in public welfare, and explain the relevance of Caring for Life.

The opening forum: New Path for Charities in a New Age

"To stand on the stage at the China Charity Festival alongside such influential individuals is an honour for us, as a small organisation," said Pei Su. "The goal of Caring for Life Education is to cultivate empathy and responsibility among the next generation, and help people to understand that the ecosystem, humans and animals are interdependent.

"This award goes to show that the world is beginning to recognise the gradual changes ACTAsia is making among Asian societies, towards a more compassionate and sustainable future. We may be small, but we are part of a much bigger movement. The zeitgeist has shifted, and our campaigns for responsible consumption and compassion are chiming with the world. Thank you China Charity Festival for rewarding our efforts."