China is witnessing a shocking craze involving live animals being transported and trapped inside boxes. 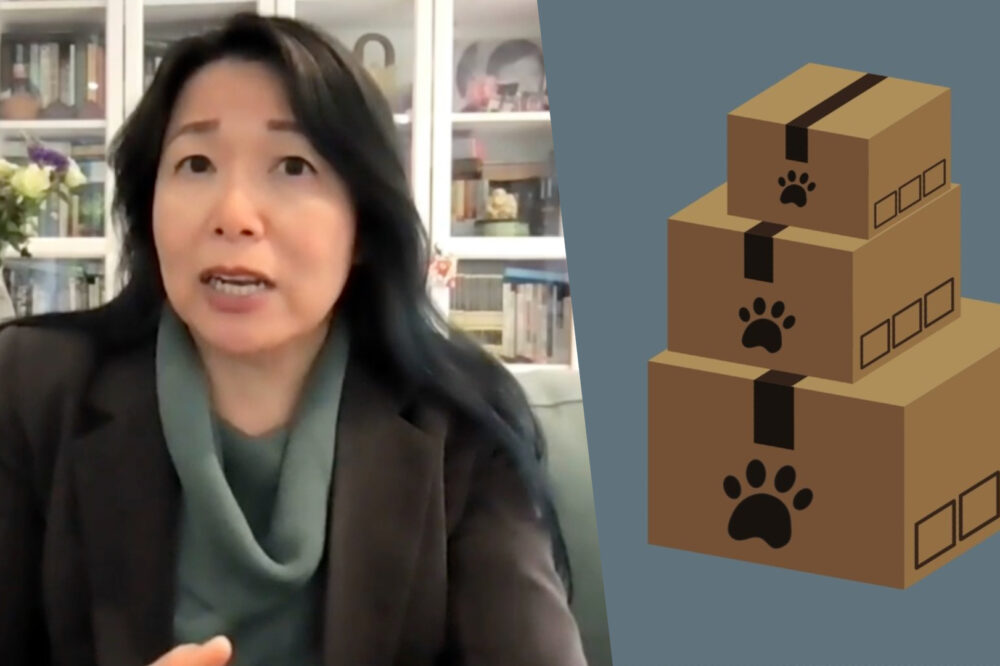 CNN has followed the story of this extraordinary practice which is causing extreme distress to animals and asked Pei to speak out to help stop this phenomenon.

What are the ‘blind boxes’?

Inside these small brown innocuous looking boxes could be a toy, a game or in some cases a live animal.  Hoping to lure customers with the promise of a live animal or even a pedigree cat or dog, the boxes are sold in person and online and shipped by couriers. The contents inside the box are pure pot luck – which is the essence of the ‘game’.  The sellers behind the craze are including live animals to heighten the anticipation of winning a furry friend – be it a hamster, a cat, dog. 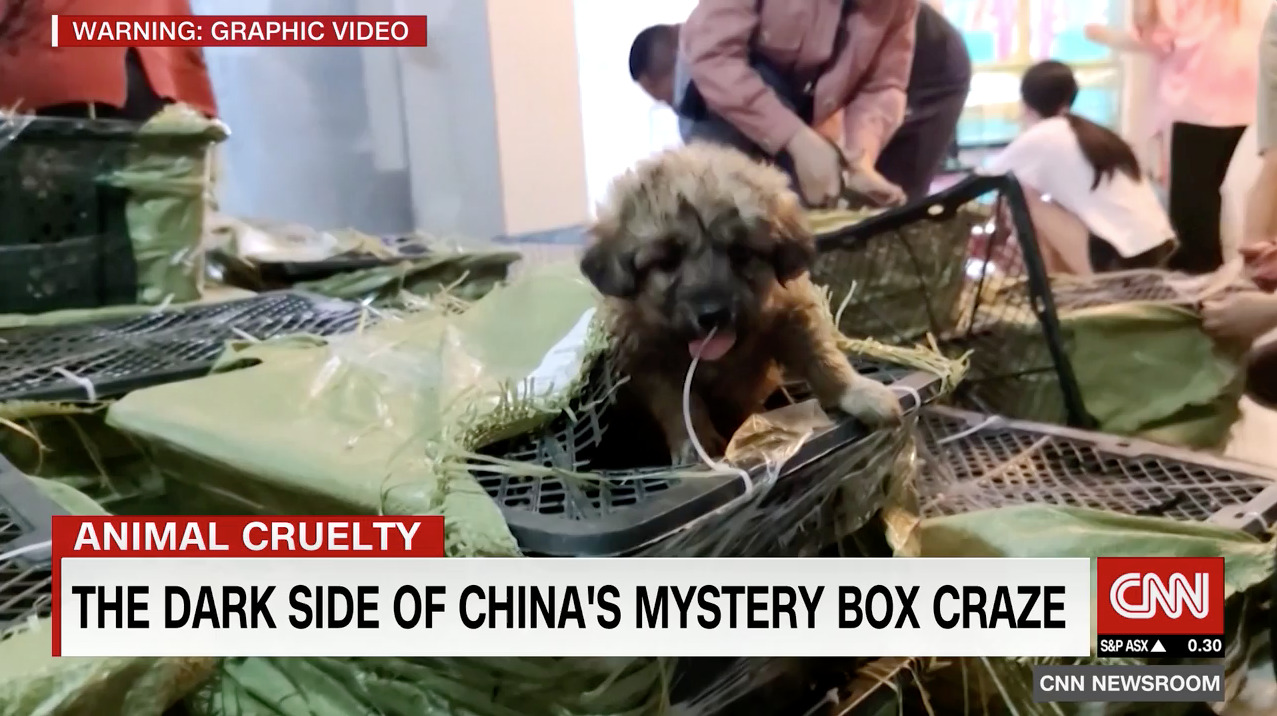 Why is this craze taking off?

People in China are not intrinsically cruel, but many of our people do lack the essential understanding that fundamentally these animals are not products, or objects – that they have feelings and needs. Seen more as an expendable commodity, the animals in the boxes are viewed as a novelty to win in order to drive ‘player’ numbers.  There is little consideration as to the welfare of the animals or the conditions they are kept in.  Sellers also hope that the allure of securing a pedigree animal at the fraction of their price will attract huge numbers of people to take part in the blind box craze. 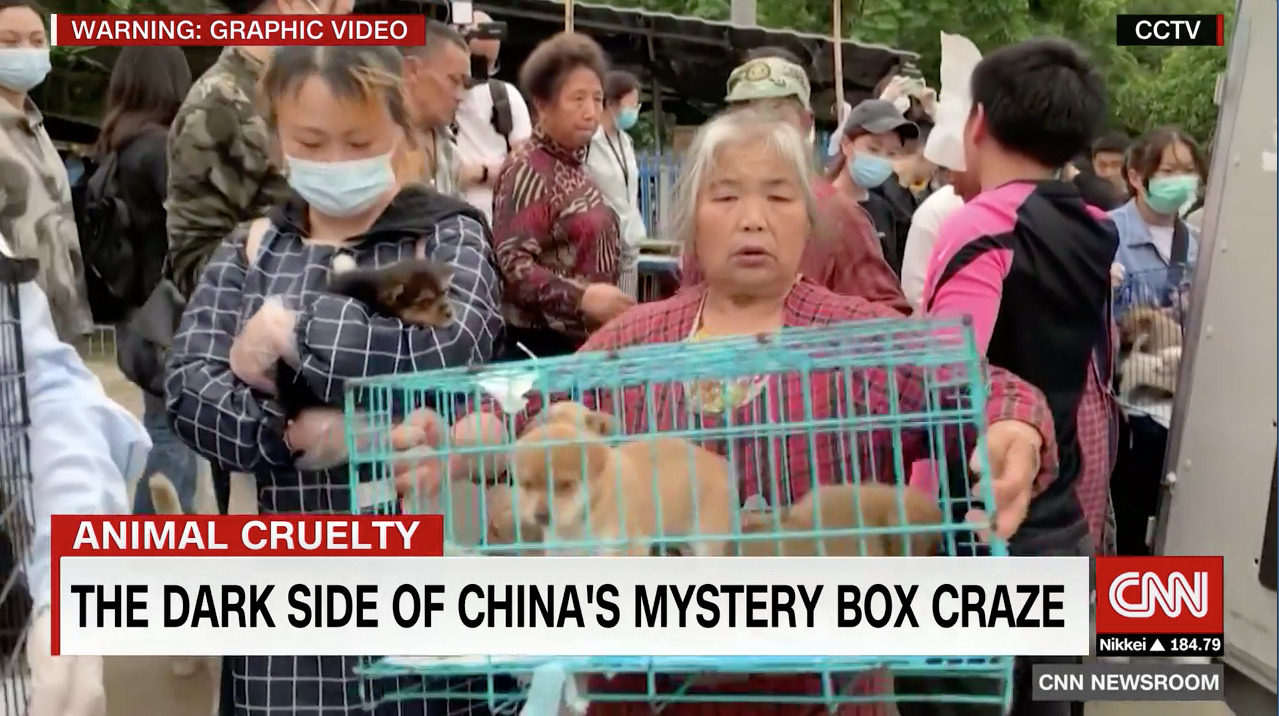 Why are courier companies permitted to transport live animals in this way?

The simple answer is that it is against the law but the sellers of these ‘blind boxes’ have sought to exploit loopholes caused by legislative ambiguity so that they can continue to flout the regulations.  In addition to the animal welfare issues, as the animals are trapped inside these boxes, there is also major concern surrounding ‘zoonotic diseases’ which spread easily as multiple boxes containing animals are transported in cramped conditions which threatens public health and safety. 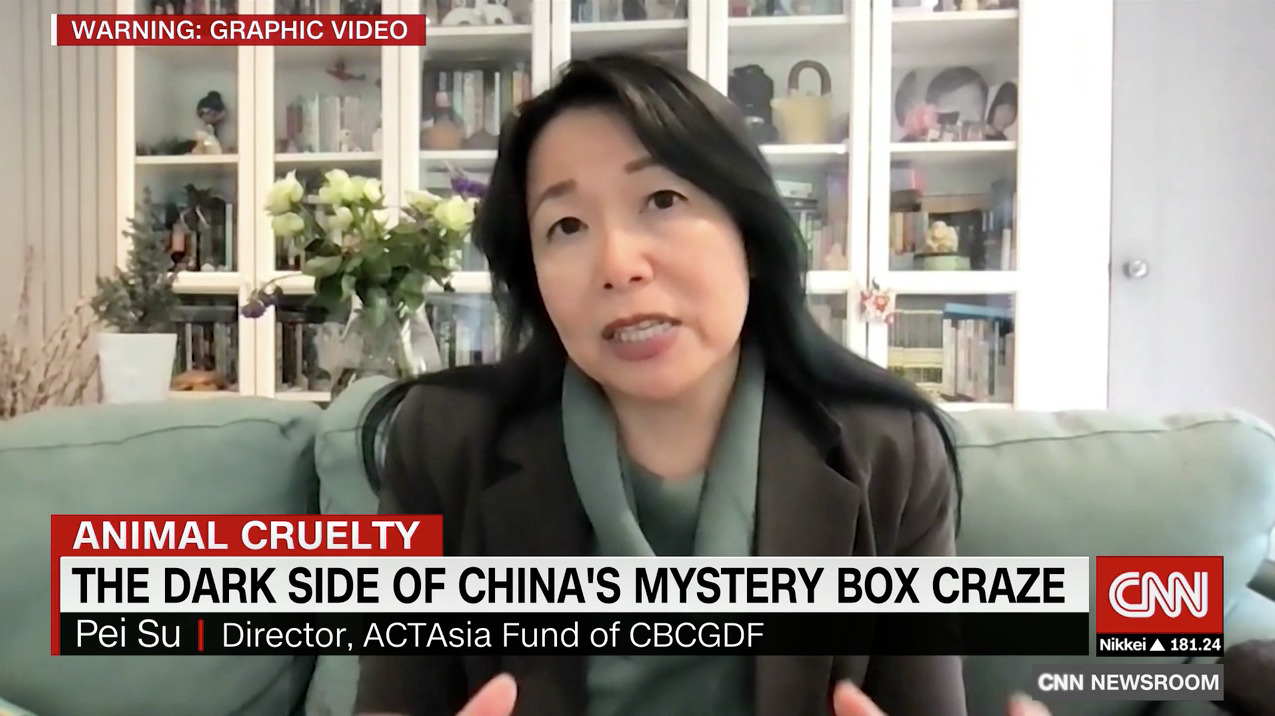 What is ACTAsia doing to stop this cruel practice?

Pei was interviewed this week by CNN who have picked up on the story and broadcast images from the stunning rescue mission. Raising awareness about this inhumane practice is the first and most important step in educating the Chinese about the dangers of this practice to animals – and to humans.  Pei says the answer lies in education. As Pei comments: “Education is the key to prevent the same tragedy happening again in future- Asia needs to focus on education and training. We want the children and the consumer to understand that animals are living beings not objects, that our consumer behaviour needs to be ethical and that we also have to address animals’ needs. That’s why ACTAsia has developed the world’s first six-year Caring for Life Education curriculum, so children can learn the fundamental life skills of empathy, compassion and responsibility for people, for our planet and for all the species we share our planet with. Through this program, children are learning that animals are sentient, just like us. 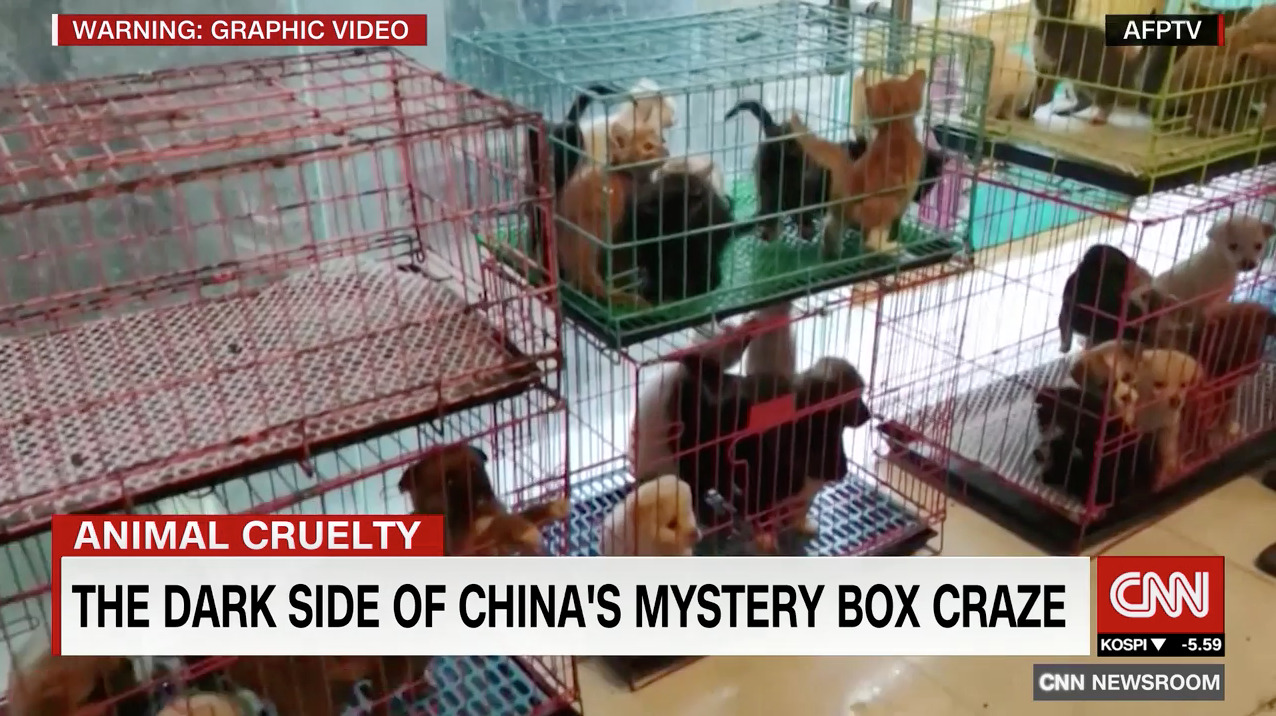 What can we do to help stop ‘blind boxes’ containing animals?

Pei explains that: “The e-commerce platforms need to be tightened, and government authorities – from the central government to the local government, to the State Bureau – all need to work as a team to address these issues to tighten the regulations, and also to punish the people who continue to push this ‘business’”.

Until these changes can be enforced, compassionate carers on the ground in the towns where the boxes are appearing are left to look after these sick and dying animals.

If you would like to help raise awareness and help educate future generations please visit our support page and donate. https://www.actasia.org/support-us/